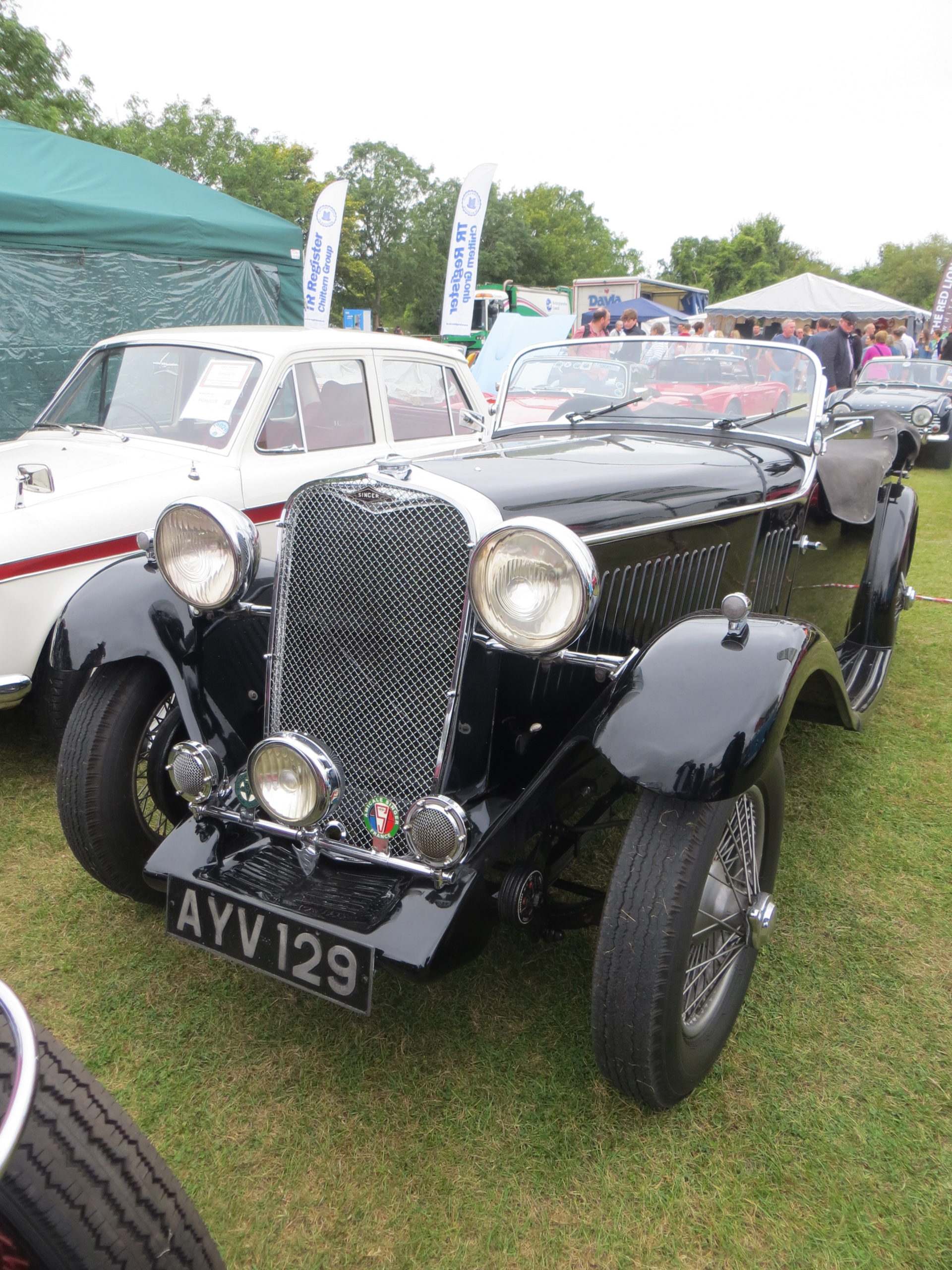 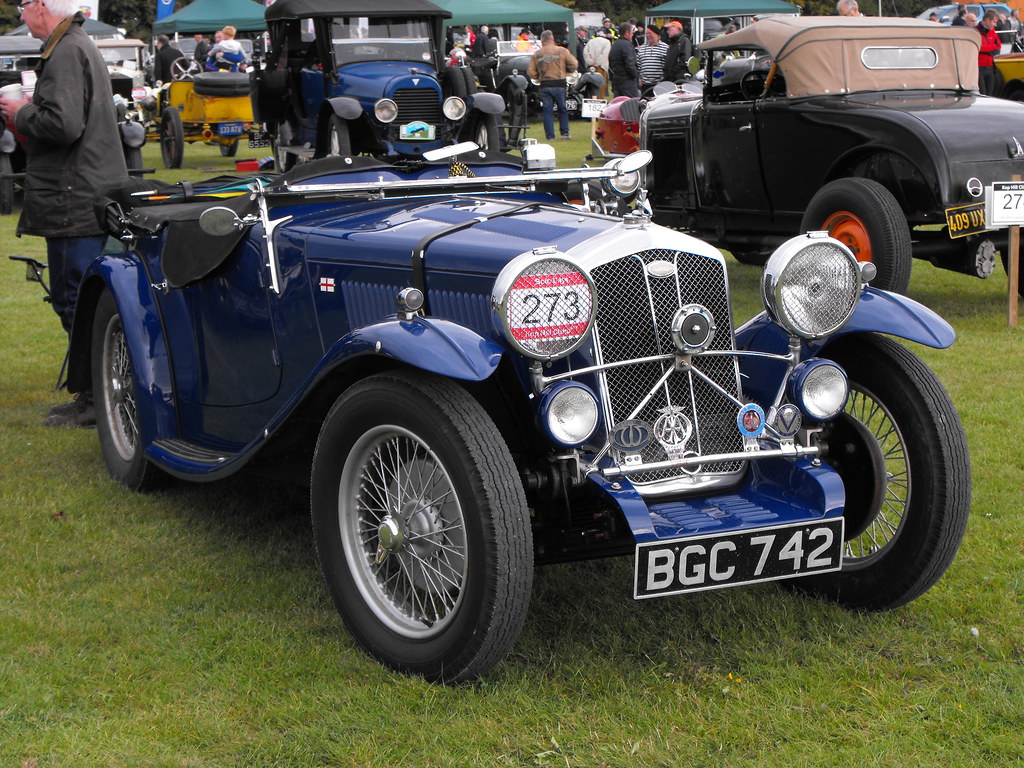 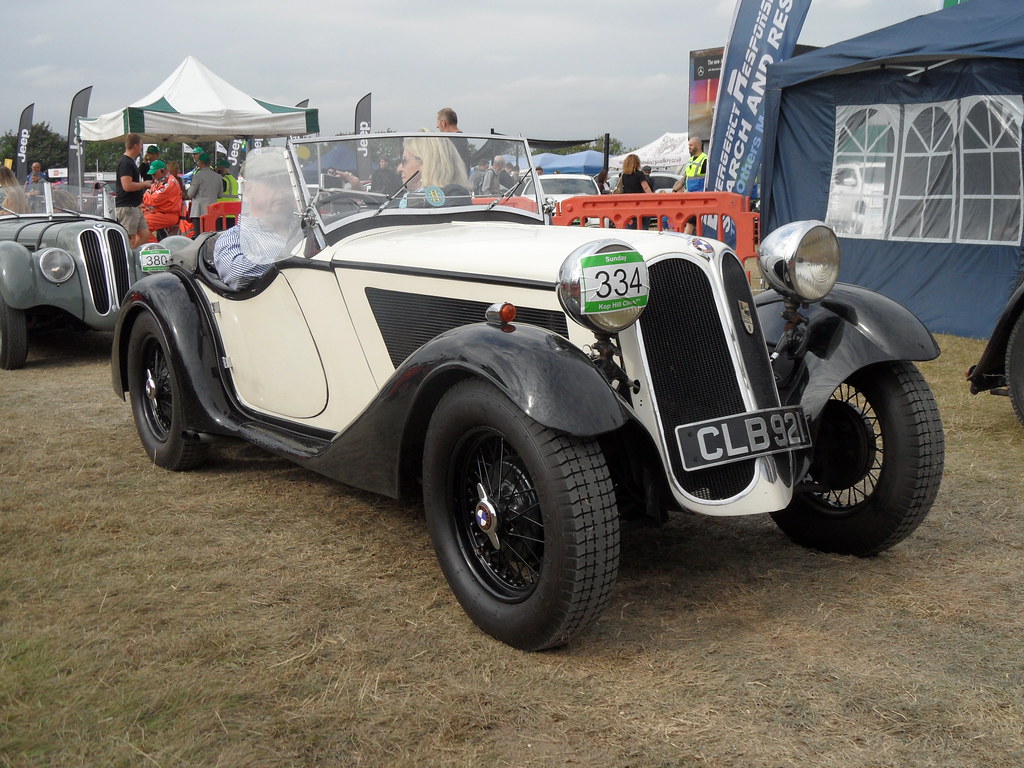 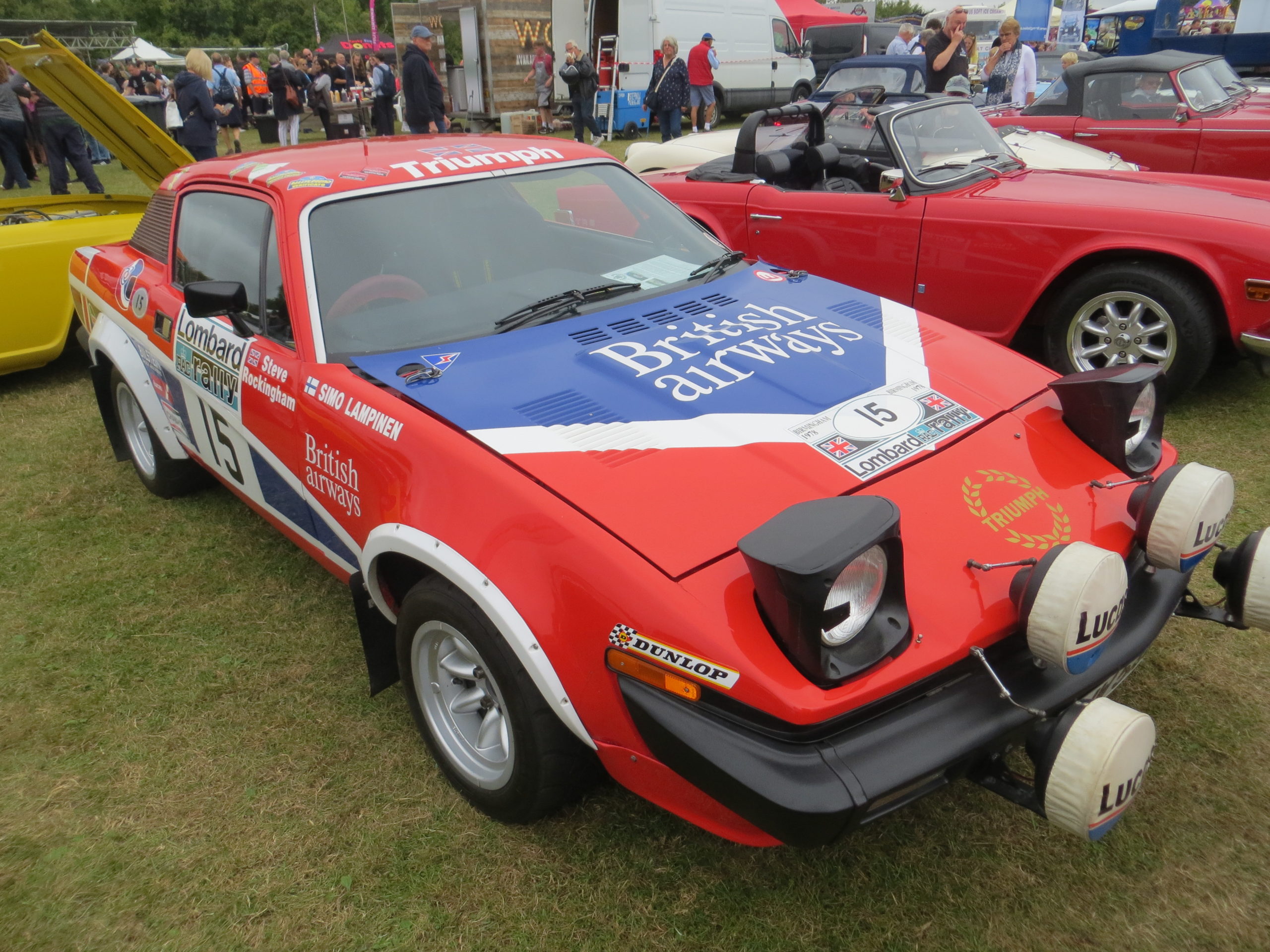 As in the previous parts of this review, all references to books are to those the MSMT has supported, full details being available on the Supported Books pages of this website.

Our next photograph is of a 1930s Singer, one of a number found in the club section of the paddock under the banner of The Singer Owners Car Club. This old established British company and its cars were chronicled by Kevin Atkinson in his 1996 book (reprinted in 2007) The Singer Story.

Another car to be found in the club section was a Sunbeam-Talbot of the 1950s as illustrated and described in Anders Ditlev Clausager's 2009 Sunbeam-Talbot and Alpine in Detail.

An entrant on the Sunday ascents of Kop Hill was a Jaguar SS100, as featured in Barry Price's 2005 book, The Rise of Jaguar which laid out the history of the marque in its pre-XK era.

Our next photograph is of a Wolseley Hornet Special of the 1930s, powered by the same six-cylinder overhead cam engine used by MG, was represented at Kop Hill by no fewer than six examples. The Wolseley marque history was chronicled by Anders Ditlev Clausager in his 2016 history Wolseley - A Very British Car. In vintage sports car circles there was for many years a view that the Hornet Special was not a real sports car despite its sharing many of its mechanical attributes with MG models. The performance of these cars in competition in more recent years has relegated this prejudice to the past.

The first of the Vintage Motorcars class to ascend the hill in this year's climb was a Vauxhall 30-98 of 1920. Nic Portway's 1996 Vauxhall 30-98 The Finest of Sporting Cars is the most comprehensive record of these cars, much-revered by the vintage car enthusiasts to this day.

We end with a few reflections:

As we stated earlier. Kop Hill was the last speed hill climb on public roads in England. As a result of an accident to a spectator at the 1925 Kop Hill event, all speed events on public roads in England ceased and it required an act of parliament to close a public highway for a speed event such as the Birmingham Superprix of 1986 to 1990. The sport of sprinting and speed hillclimbing continued however on private roads such as the Marine Drive at Brighton, which is owned by Brighton Corporation and not a publicly adopted road, and hills such as Shelsley Walsh and Prescott. Shelsley Walsh predates Kop Hill, having been first used in 1905 and continues to this day. Shelsley Walsh, in particular, inspired, and continues to inspire a species of motor vehicle built for the sole purpose of ascending the hill in the shortest possible time. This year saw the introduction of the Maggot, a new device entirely constructed of vintage parts, with an Austin Seven chassis and two MAG V-twin engines (hence the name). An earlier exponent of the Shelsley Special was Basil Davenport, whose  "Spiders" used principally GN cyclecar parts. The oldest of these cars, in the hands of its current owner is approaching a century of competing. The story of this car and its siblings, some of which share its name, is told in a recent book supported by the MSMT, The Spiders' Web by John Bradshaw.

The appeal of hill-climbs for sporting motorists is enduring and probably in no small part due to the fact that any damage to your car will be your fault and yours alone, unlike racing where other driver's errors can damage your car. Another venue was celebrated in the 2006 book South Harting Hill Climb 1905-1924. A further hill climb will be celebrated in a new book the MSMT hopes to support due out in the next year.

In the foregoing we have referred to about 25% of the books that the MSMT has supported over the last 36 years, showing the breadth of books that the Trust has been involved with. As we wrote in part one of this article, The Kop Hill  Climb attracts a wide variety of motoring history from the very first to the cars of the present moment, there is always something for everyone at this festival.

Finally, it is appropriate to show another Triumph in memory of Graham Robson. Although this Works Triumph TR8 dates from a later period, long after Graham's tenure at Standard-Triumph, it very much reflects the many books he wrote on the Works Rally cars from all manufacturers. A special touch is that the Works cars were driven in their most successful period by Tony Pond, who lived at Turville, in Buckinghamshire, only 12 miles away from Kop Hill. 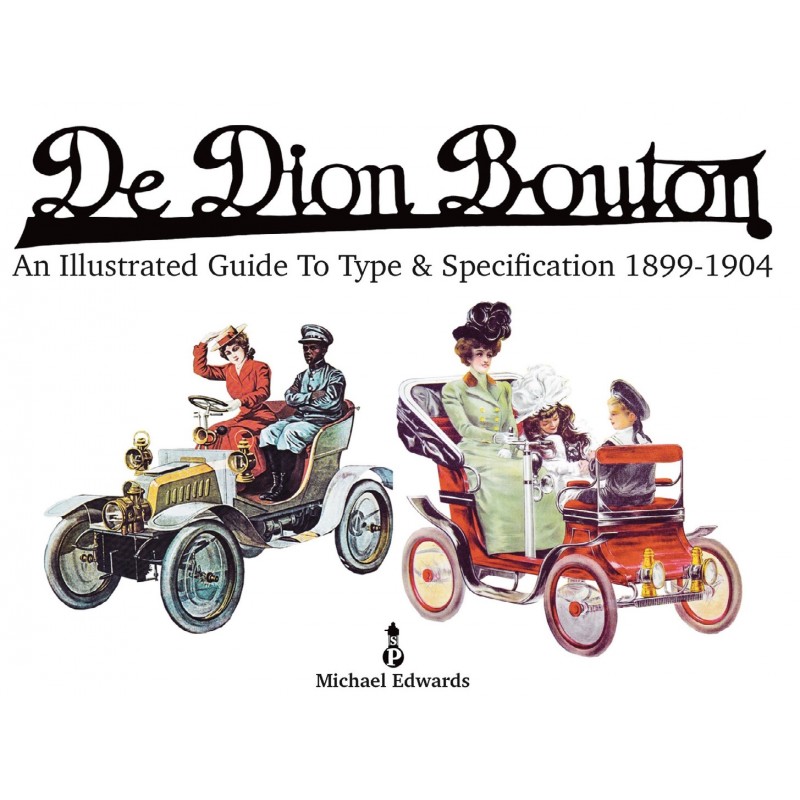 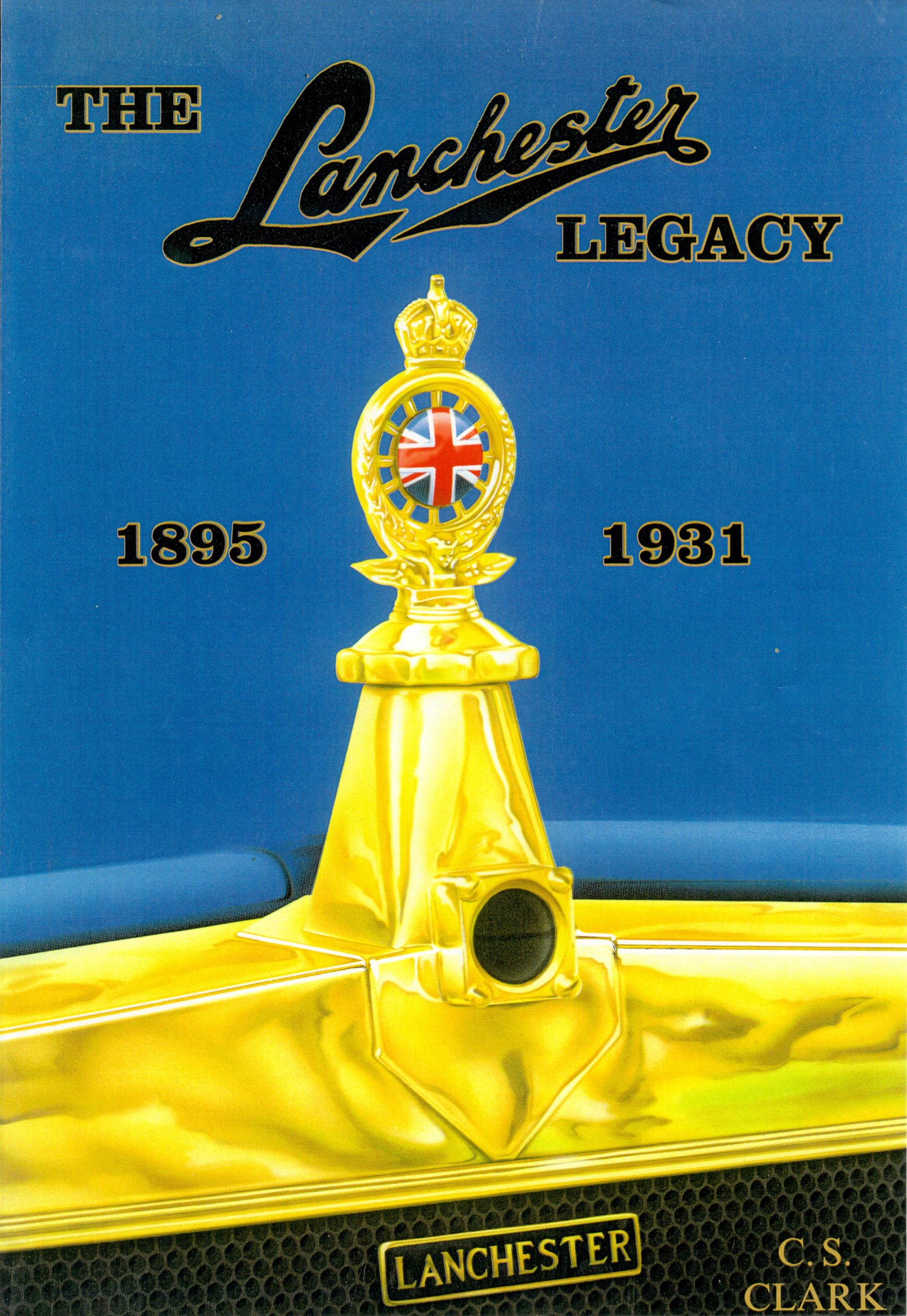 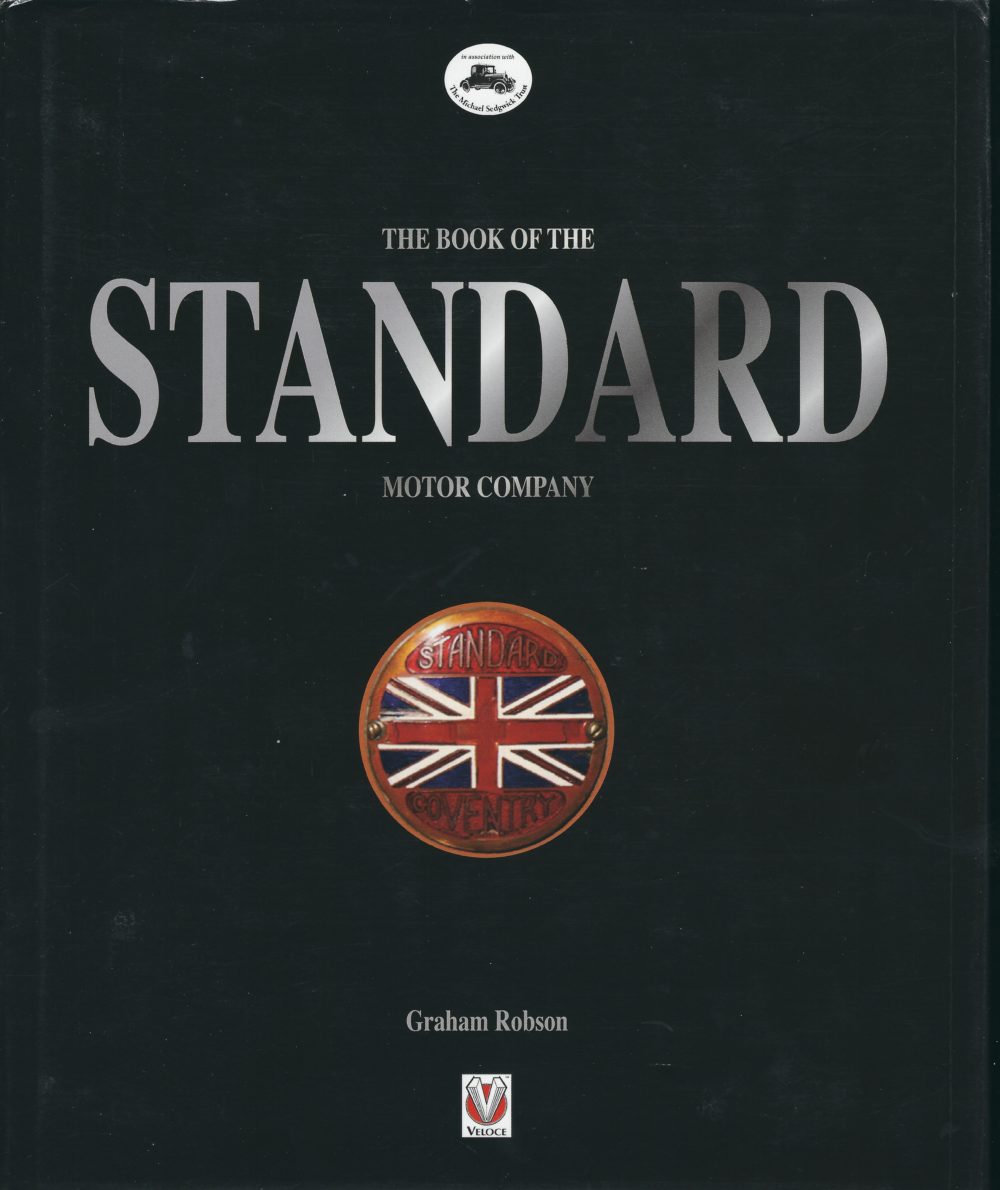 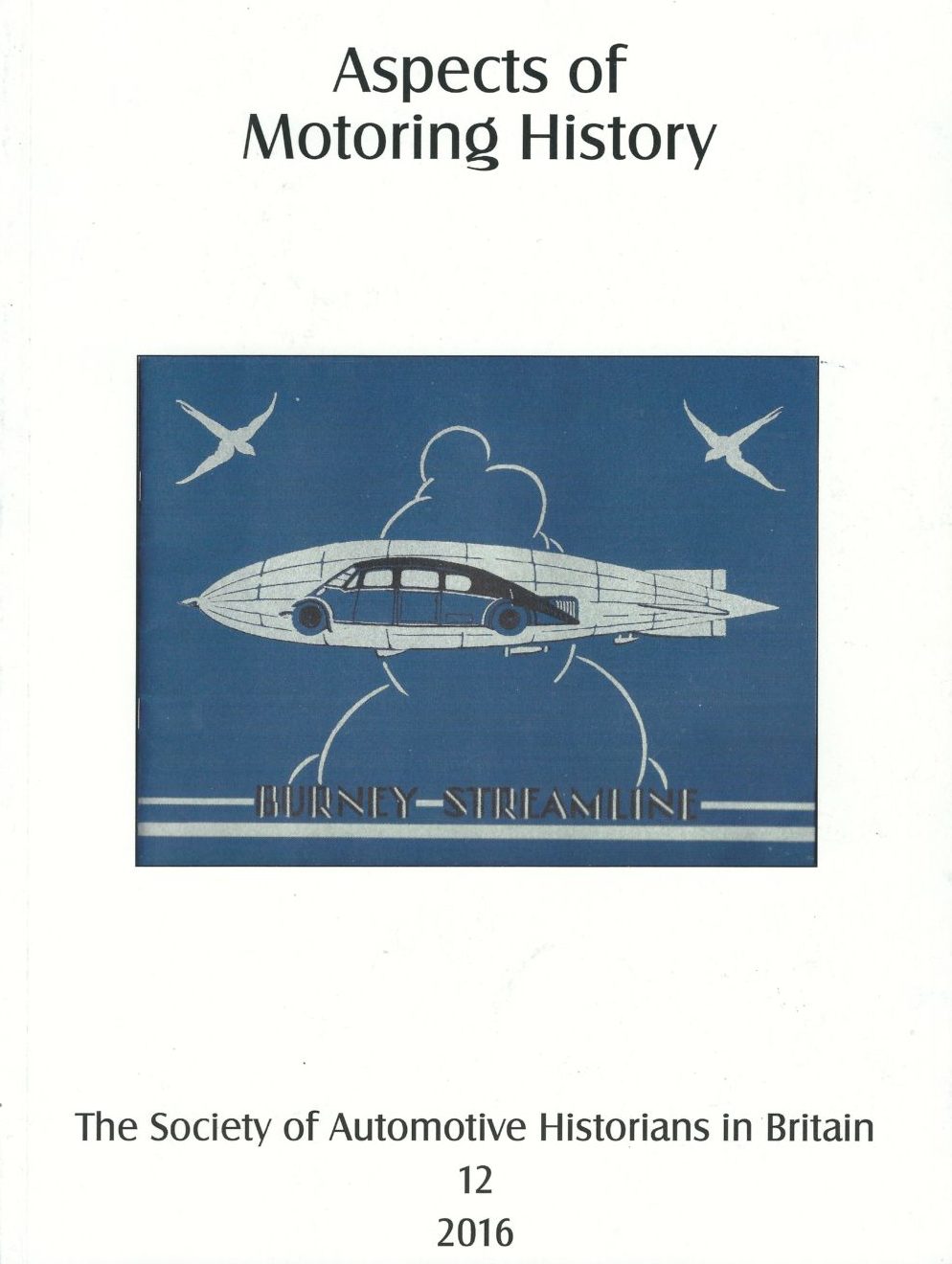